In my near decade going to SXSW, this is the first year that the music festival got the better of me and I had to miss a day+ of programming due to food poisoning.  The ugly setback meant missing several must see acts, but the week in Austin still provided plenty of highlights. Here’s what I gleaned from my SXSW 2019. 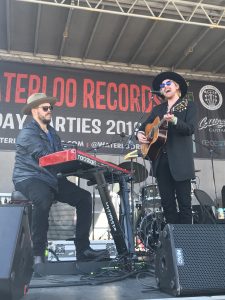 Best 1 AM Set: Jared & The Mill –  if you haven’t already, you need to check out their new album, This Story Is No Longer Available.  This band keeps getting better and hearing all the songs at 1 in the morning just made them feel even sweeter.

Best Dance Party: Pip Blom – they know how to party in the Netherlands! 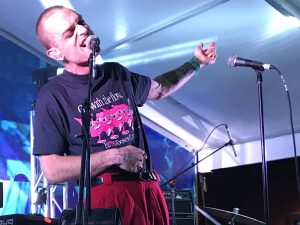 Best use of one song 3 x’s:  Sir Sly (“High”) – The LA faves wanted to play more songs but didn’t have enough rehearsed so they played their hit single three times…

Best Venue: British Embassy (Latitude 30) – Although they got rid of my Biffy Clyro poster and still don’t have anywhere to sit, they bring in the BEST lineups, day and night, hands down.  A trip to the British Embassay will never end in disappointment. Top acts seen there include ROE, Sports Team, whenyoung, Thyla, Saint Phnx, and Anteros. 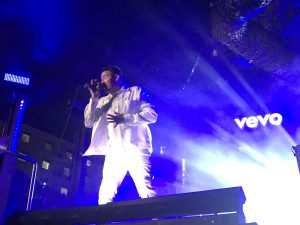 Best Party: VEVO – for two nights in a row, I planted myself for a time at the VEVO house. They had excellent food (plus ginger beer), a chill atmosphere which fostered good conversation, and, despite the awkward stage angle, the party seemed to bring out the very best in their awesome lineups (highlights include Donna Missal, Sam Fender, and Morgxn).

Most Seen Act: Dean Lewis – gotta see him now before he becomes too big for me!

Biggest Misses (by me) – The Amazons, The Howl & The Hum, Briston Maroney, King Princess, the last Dear Boy and Jamie N Commons sets, Fatherson – my SXSW was going to end with the one, two punch of Dear Boy and Fatherson at Lamberts. I even tried to make it out figuring I’d sit in the back and just listen, but the smell of the BBQ was nauseating, and I couldn’t last more than 20 minutes. Darned food poisoning. Next time! 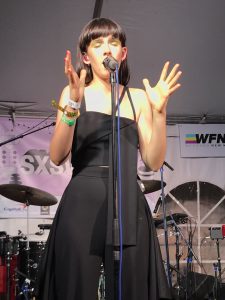