Yeah, so I drove down to San Diego with my friend Trina to see Nico Vega last night. This morning was tremendously painful, but it was definitely worth it. Nico Vega always puts on such a stellar show in San Diego. The audience was amazing, the other bands (The Loons, Soundtrack of Our Lives) were fun, and who doesn’t LOVE The Casbah?!? The set included a mix of the band’s newer songs (“Taxi Cab”, “Fe Fi Fo”) as well as some older fare (“So So Fresh”, “Blood Machine”, “Underground”), but regrettably left off a couple of my personal favorites (“Million Years”, “Protest ..?”). But of course they played “Gravity” and ended with what has to be one of the best closings songs ever, “Beast” (tied with Carney’s “Testify” of course!). The set was SO good that the audience continued singing well after the band was offstage, a plea for an encore that, unfortunately, never came.  Trina said knowing this band was kind of like being in a cult, and I tend to agree. Once you are introduced to them you can’t turn away. Your life is forever changed and your soul will forever belong to the power trio that is Nico Vega. 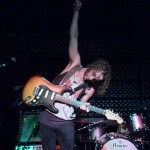 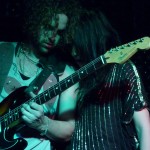 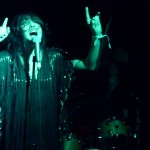 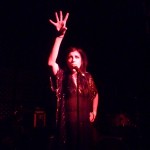 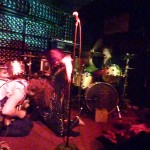